We are proudly present the release of the new album ‘Za3tar’ by the super talented brothers from Akka!

ElectrowaveZ – the Arab pioneers of the electronic dance music formed in 2008 combining the power, drive and talents of brothers Charlie Shaabi and Richard Savo. Started their carrier with original electro music and honourable remixes that achieves top charts in different platforms of contest.

ElectrowaveZ boost their sound with dubstep melodies arranged with wobbly bass and mixed with broken beats
>> give the name “Dubooster” for their first EP, the group change the music style but kept their special fusion taste. Dubooster has released on 2012 and it contained 5 track, including hits like “Cyber Attack” and “Lost Island”.

—
ॐ Za3tar ॐ CD album will be available before, during and after the party!
see you soon lovely fighters! 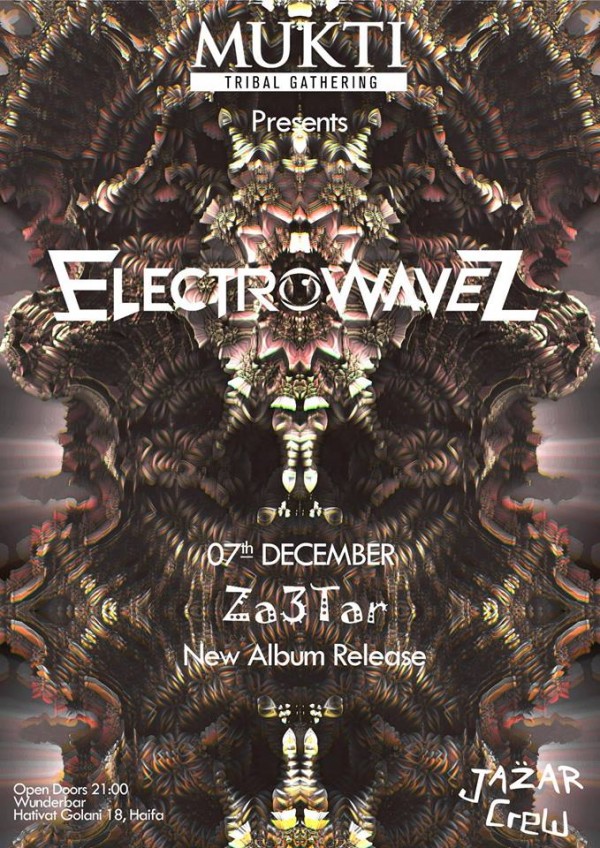