The springs of life Charlie Shaabi 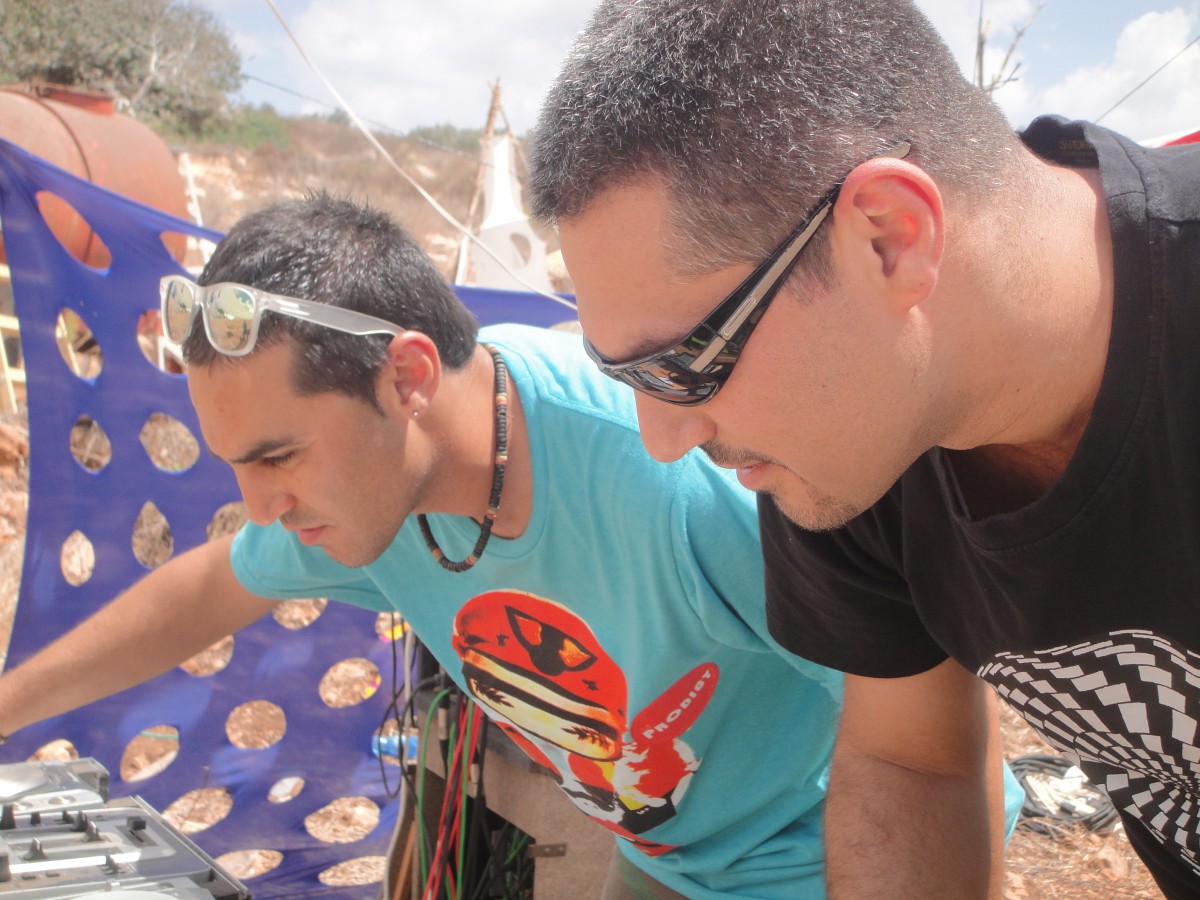 The ‘springs of life’ offered by Palestinian electronic musicians

Michell Spoden:  The springs of life come from the heart.  Music is one of the greatest ways to express ourselves and find release. The historical roots of rap are originated through African Griots and dominantly described such as praise singer, musician, historian, story teller or poet.   A group of young men called ElectrowaveZ have discovered the essence of these roots in their music creations.  An interview with these talented musicians offers an overview of their music and how it all got started.

Michell – What are the names, ages, nationality and occupation of those in your group?

Michell – Please share with us how it all got started.

Charlie – It all started in 2009 by three friends who were despairing of the situations and decided to do something different. They wanted to talk about the issues that they faced; such as financial, drugs, crime and political issues related to the identified incomplete discrimination and racism on the part of the government. Therefore they began to sing protest songs but special it was in Arabic and called the band MWR. The band consisted of three rappers, Mahmoud, Wasim and Richard along with music producer Charlie Shabi.  After a few years the band broke up and they formed another called ElectrowaveZ and included Charlie and Richard.

Michell – What inspired you to start Electronic Music?

Charlie – Well as far as myself, Charlie I always had the urge to make electronic music because it makes people connect to one another and it separates them from the current upsetting realties.   The band that inspired me most was the Prodigy because their music and content reflected “music for the jilted generation” which I believe can many times be an accurate sense of our reality.   For me my interest in music came from my childhood. I had always loved foreign music and pop.  Over time the music was refined to improve electronically, and that was the sort of music that caught a wave in Europe.  I was always curious how to do it.  I started studying technological development in depth, and today I am very happy that I did because now I am making my own music.

Michell – Please share with our readers what your group’s music is expressing?

Michell – Do you consider yourselves to be humanitarians?

Charlie – You could say we are humanitarians because we get to perform and take part to support certain settings related to associations and social organizations. These are a few we have worked with  Baladna: Association for Arab youth, Shefa-‘Amr-Association for Orphans and JCC –Jewish Community Center of San Francisco.

Michell – Share with us some of the things each of you likes to do in your spare time?

Charlie ’s remarks: I have almost no free time but when I have spare time I like to spend it at good restaurants and watch great movies.  Some of my favorite films are requiem for a dream, Gladiator, The Shawshank Redemption, Lion and Braveheart.

Richard’s remarks: I watch movies on television and surf the internet.

Michell – If you ever had a chance to work with anyone famous who would it be?

Charlie – I would have to say it would be Liam howlett or Simon Posford.

Michell – Have you ever considered doing any songs in English or other languages other than Arabic?

Charlie – Yes, actually we did a few songs in English because it is an international language and we wanted to introduce our talents to a larger audience. One of the most successful songs was “pumping dubsetp” and “reggae rhythm”. Brining fresh reggae muffin style straight to the dance floor.  “blaze up di fun” became the first music video for a Palestinian musician to be broadcasted on MTV Israel.http://www.youtube.com/watch?v=fuofx_t6X4c  We have several other videos on You Tube if you would like to view them just search out ElectrosoundwaveZ.

Michell – Would you ever consider bringing a female into your group?

Charlie – We thought about that too and we bang females to our group at the first album “Brain Storm”. The album made waves in the local music scene because of its daring lyrical content and musical innovation. It featured Swansan Zbeidat, Bedoun vocalist criticizing political and social issues that were considered taboo.  With a soundtrack comprised of electronic beats fused with Arabic instruments. The album won album of the year 2008 and the band earned their title for three years in a row by Ashams Radio Station.

Michell – What are some of the long term goals for your group?

Charlie – Our aim is to reach a wider audience and to perform in concerts, festivals and to get people to come closer to each other through music.  We would also like people in the world to know that there are Palestinian Arabs who make music on a higher level but that have not gotten widespread recognition.

Finally we would like to say that, Za3tar (Pronounced Za’atar), ElectrowaveZ’ is our latest album and is heavily influenced by fallen, dark, and psychedelic trance and its presents that duo in a new mature light. The original compositions and fresh sounds made Za3tar the leading album of the Middle Eastern club scene since  2013. Fun Fact: The album’s name Za’atar is derived from the popular Middle Eastern herb that carries many benefits such as: healing, memory strengthening and concentration. ElectrowaveZ have played the main stage in many major festivals such as Mukti Gathering, and were featured on the stages of the country’s largest clubs.

You can also check us out @

This interview journey reminds us of the music that comes from us from everywhere, and that it can make a difference in the lives of the performers and their audiences, especially when it is associated with giving to others and offering an olive branch to people who otherwise have conflicts and done in a good way, as these musicians do.

Michell Spoden is a regular contributor to this Journal and has done interviews with outstanding and unique people all over the world. She is the author of Stricken Yet Crowned and is also pursuing a transitional housing project for woman with an agricultural aspect. She has a degree in Business Science Administration and is finishing her bachelor’s in Project Management.